Welcome to the first Pi convention! The past few days we asked Pioneers to come up with unique names to call our convention through a Pi Topic. And we received 186,173 suggestions. The community upvoted and downvoted about half a million times. As a result of this process, a very interesting name bubbled up. The name COiNVENTION. Coinvention resembles co-invention which means we are inventing Pi all together, but it also resembles coin-vention and convention. So, we decided to go with it.

Name Credit: There were 471 Pioneers who wrote COiNVENTION as their suggestion using different capitalizations and combinations of additional words. The first person to type “Pi coinvention” was @QasisPi (at 2020-10-08 16:36:45), and the first person to use the exact capitalization we selected was @Saraskins (at 2020-10-09 11:07:57 UTC) and this Pioneer’s entry got the most upvotes amongst all alternatives.

Below you can see the summary of this session, in text.

We’ve recently released Node v0.3.4, and we are now on version v0.3.6. Unlike previous versions, these latest versions can run the Pi blockchain for selected candidates.

Over the past few months, we’ve been developing this version of the Node that allows Pioneers to run the blockchain through a user-friendly interface. It took quite some time to release this version to all Pioneers because in addition to its development, we also had about 10 iterations of test releases with moderators and voluntary testers before a community release. The purpose of the long test iterations was to discover and fix as many bugs as possible that may be exposed by different devices and operating systems and to save frustration from most Pioneers in a community release. Due to the nature of compatibility issues with diverse devices and operating systems, we still expect some reports of issues when running this version, but hopefully they’re much reduced, thanks to the test release iterations. This version also includes more data about the status of the blockchain container in the Node Interface for Pioneers to troubleshoot.

Significance of v0.3.4 and beyond

Pi Node v0.3.4 will only allow viewing of the Pi Testnet, but it is significant because it is the first time that Pi Node software runs the blockchain on a larger scale, and it initiates the second stage of the Testnet Roadmap - Revision Stage that comprises an iterative process of two activities: scenario testing and consensus algorithm revision. Building on this version, the Core Team can quickly assign simulated data of the network graph and configurations to different Nodes, to more efficiently stress test a wide range of scenarios and states of the network. The data generated from these tests will then feed the revision process of the consensus algorithm. The Revision Stage will presumably be a rather long period during which multiple node versions will be released because it involves not only engineering time but also research breakthroughs. As the consensus algorithm gets improved through simulated data, the Core Team will be able to add more abilities to Nodes and Supernodes than just viewing the testnet, such as validating transactions and participating in the consensus algorithm, progressing towards the third stage - Live Testnet.

In Q4 2020, we will continue to build on top of v0.3.6 and aim to achieve more test functionalities of the Testnet. First of all, we want to enable the Testnet to allow Supernodes to run the blockchain and participate in the consensus. This means that we will be building out the functionalities for Supernodes, e.g. submitting, writing and validating transactions on the blockchain. We will also set up the centralized layer in the Testnet to allow assigning simulated data, running the Revision Stage experiments and stress-testing scenarios, as described in the Testnet Roadmap. Along with the need to run experiments, we need to build real-time network health data collection mechanisms. For example, in order to determine if an experiment is successful or not, we need to know the effects on the network health from any specific experiment setups. Once Supernodes functionalities are in place, we will select and invite more Supernodes in Q4 to participate in the consensus of the Testnet based on the node statistics that we have been collecting. Subsequently, more Nodes will also be selected to follow these SuperNodes in the network. Hence, a distributed Testnet will be formed then. In Q4, if time allows, we also hope to build Testnet testing infrastructure, for example, block explorer, faucets of transaction requests, and test wallets, to complete a testing environment convenient for individual Nodes to follow. In 2021, as more SuperNodes and Nodes are added to the network, we will need to test, experiment and address any issues arising from scalability, together with any work necessary for the Revision Stage for the consensus algorithm.

3. Why is Pi Node important?

In this session we will talk about the importance of Nodes and SuperNodes to every Pioneer and some examples of additional roles Nodes can play on the Pi Network.

Not only is the Pi Node the cornerstone of the Pi Blockchain, but it also contributes to ecosystem building and economic applications. For example, in addition to securing the ledger, SuperNodes can also technically support applications of Decentralized Finance (DeFi) such as the tokenization of real world assets and real estate.

But why is the node software important even in non-blockchain sense, and how do Pi Nodes and blockchain matter to Pioneers who neither serve as SuperNodes nor Nodes?

Our original vision for the Pi Node software was never just limited to operating and supporting the blockchain that secures a ledger of transactions, which is certainly the core and base layer of the decentralization of Pi Network. The benefits of building a user-friendly node software is having extensibility of the functionalities of Node and a large group of people who can contribute to the applications of the Node software. We want to share a bit more about the long-term strategy of the Node software beyond securing the ledger.

Currently we have over 200K Pioneers who downloaded and installed the Pi Node software, and there are over 60K nodes active every day, out of which 40K appear to be actively managed, for example, updating to the latest version. A portion of these Nodes will become Supernodes, depending on the selection process based on the hardware, operating systems, network performance, etc. What is the Core Team’s plan for the people running the Pi Node software who are not necessarily Supernodes or Nodes responsible for maintaining the ledger? Actually, we have great expectations for them and are open to any suggestions that build on top of our thoughts.

First of all, the Desktop Pi App serves as a redundant interface for the mobile Interface. Not only does this provide desktop or laptop accessibility to the mobile application functionalities, e.g. chats, mining status, future uses of apps on Pi Platform, but also it serves as one important step to decentralization in regard to the centralized points of mobile app stores. App stores have been one point of centralization in Pi Network’s ecosystem. Given the controversy about cryptocurrencies, app stores are particularly strict in reviewing apps related to cryptocurrencies. We experienced their centralized control over the past 2 years of development of Pi Network (e.g. our mobile applications had to go through very rigorous review cycles to get approved or stay live), and we saw other legitimate apps getting completely delisted from the stores for various reasons sometimes. We hope this will never happen to Pi, but shall the app stores decide to remove our app from their stores for any reasons, the Node software will be our backup to still maintain the functionalities, the community and the organization of the network. By having our node software that contains the Pi app component, we de-risk the possibility of any potential failure in centralized apps stores.

Apart from maintaining and securing Pi’s blockchain, nodes can also allow individuals to share computing resources and get fairly compensated for it. Such resources include: processing power, disk space, and network bandwidth.These are not our immediate plans but are all possibilities that may come further down the line. Let’s look at use cases for each:

The good thing about sharing computer resources is that everyone could potentially participate in sharing them even on a part time basis.

Moreover, due to the way we structured the Pi Node Software technically these functionalities can be implemented as Docker Containers on top of our Node software, and therefore the development of such modules doesn’t necessarily have to come from the Core Team.

We recommend taking these ideas as food for thought, adding your own creative ideas on top of them and joining the Core Team in building the future together! 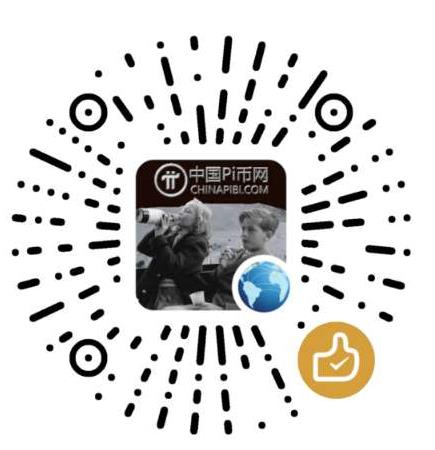